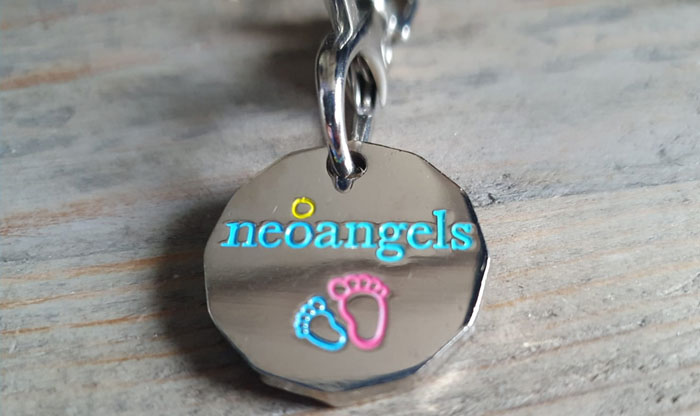 New parents on the neonatal unit at James Cook Hospital now have somewhere safe to store their belongings thanks to the generosity of Newcastle Building Society.

Neoangels was asked if we could raise money to buy some secure lockers for parents to use while their babies were being treated on the unit.

With the areas around the unit’s 35 incubators having to be kept almost completely clear for health reasons and the existing parent lockers having broken doors and lost keys, parents had been forced to leave to leave their belongings either behind the reception desk or in other locations that weren’t secure.

But now, after Neoangels approached Newcastle Building Society for support for the project, a £2,630 grant awarded through the Society’s Yarm branch has enabled us to buy 21 new numbered lockers which have been installed just outside the unit.

Susan Bridel, CEO at Neoangels, says: “All the incubators on the unit can have chairs next to them, but nothing else, so any parents sitting with their babies have to find somewhere else to keep their bags and belongings.

“Keeping them at the reception desk was far from ideal for anyone, as there’s already enough pressure on the space there, and anywhere else is insecure and out of sight, which is no use when parents already have enough to worry about.

“Having the lockers available right outside the unit is already making a big difference, and the feedback on them that we’ve had from both staff and families has been fantastic.

“It would have taken us a considerable time to raise the money needed for the lockers, especially in the present circumstances when so many of our fundraising activities are on hold, so the support we’ve had from Newcastle Building Society has been invaluable.”

Carrieanne Wilford, assistant manager at Newcastle Building Society’s Yarm branch, adds: “The Neoangels team does a huge amount of work towards relieving some of the financial and emotional stress facing the families of babies that are being looked after in hospital and the impact it has can’t be overestimated.

“This is a simple idea that’s already making a big difference and we’re very pleased to have supported it as part of our commitment to improving the well-being of our communities.”

The funding has been provided by the Newcastle Building Society Community Fund at the Community Foundation, which was set up to offer grants to charities and community groups located in or around the communities served by the Society’s branch network.

Since its launch in 2016, Newcastle Building Society’s Community Fund has contributed over £1.8m in grants and partnerships with the Sir Bobby Robson Foundation and the Princes Trust. The grants are so far estimated to have had a positive impact on more than 151,000 people.

In response to the coronavirus outbreak, the Society also made a £100,000 contribution to the £1m appeal set up by the Tyne and Wear Community Foundation for its Coronavirus Recovery and Response Fund.

The Newcastle Building Society Community Fund is run in association with the Community Foundation Tyne & Wear and Northumberland.